Sunday, September 20, 2020 at 4 p.m., on Ringbahnstraße, corner to Walterstrasse in Berlin Neukölln.

We commemorate Luke Holland, who 5 years ago was murdered by the Neo-Nazi Rolf Zielezinski. 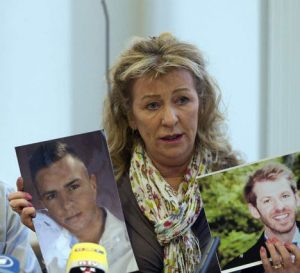 We also commemorate Rita Holland, the mother of Luke Holland. Last year, on October 21, she passed, because she could no longer bear the pain of losing her son. The death of Rita Holland must also be attributed to Rolf Zielezinski.
On 20.09.2020 also the funeral of Rita Holland take place in Manchester at the grave of her son Luke.

Luke Holland, born on 4.4.1984, grew up in Manchester. He studied among others in Oxford and worked as a lawyer. In 2014 he moved to Berlin. Luke was killed in the early morning of 20.09.2015 by the neo-Nazi Rolf Zielezinski in the Ringbahnstraße at the corner of Walterstraße in Neukölln, in front of the former Bar Del Rex, a trendy pub with a lot of international audience. He was murdered when he was just outside to congratulate his friend on his birthday by phone. The murderer was previously noticed several times as unpleasantly-aggressive in the bar, and he had complained even to the English-speaking owner that there was spoken too little German. Luke congratulated his British friend in English, as usual.
Luke’s parents, Rita and Phil said: “Luke had to die because he had spoken English.” 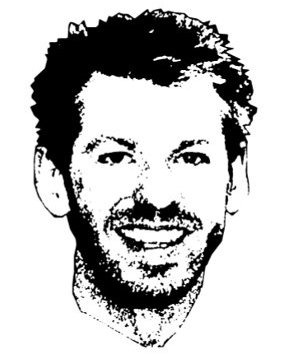 The neo-Nazi Rolf Zielezinski shot Luke with a sawed-off Shotgun in the stomach. Luke had no chance of survival, the internal injuries were too severe. Rolf Zielezinski drove afterwards to Oranienburg to a festival and celebrated there. When he came back at night he was arrested.
In his apartment were various Nazi objects, several weapons and a kilo of explosives.
Nevertheless he was only charged with murder and illegal possession of weapons.
Neither the explosives nor his evil national socialist ideology played any role in the indictment. In the court case in July 2016 the judge didn’t recognize an extreme right-wing motive of the murderer.
Rolf Zielezinski was sentenced to 11 years and 7 months for murder without motive, so the verdict. The family and us are shaken by the depoliticed judgment and the concealment of the explosives.

Despite existing evidence, the court and the prosecutors refused to determine whether Rolf Zielezinski could also be the murderer of Burak Bektaş. This was obvious right from the beginning of the trial and was maintained by the court until the end of the trial.
The parents of Luke Holland, Rita and Phil, said during the trial against the murderer of their son in Berlin, Luke could still be alive when the murder of Burak Bektaş would have been seriously investigated.

Rolf Zielezinski was portrayed in such a way as perpetrators with right-wing convictions are portrayed by the police and the courts in most cases: as person, who drink too much, misfits, weapon collectors or loners. Luke Holland on the other hand was portrayed by police and some media as a DJ who had been murdered for disturbing the peace.
That he was a victim of a national socialist crime the public only learned trough friends of Luke Holland and their critical counterstatement.

This handling of right-wing violence, Nazi murders and other racist crimes by the investigating authorities and courts in Berlin, about which more and more facts become public, has system. The basis is companionship between right-wing “security authorities” and Nazis in Neukölln and beyond. The charge of Rolf Zielezinski exclusively for murder and not also for hate crimes and possession of explosives, the ignoring of the political motive for the crime, the declaration of the murderer as a lone perpetrator by the police, public prosecutor’s office and the court follow a widespread pattern.

Please come on Sunday, 20 September 2020 at 4 p.m. to Ringbahnstraße / corner of Walterstraße in Berlin Neukölln.

In anger and sadness on the 5th anniversary of the murder of Luke Holland.
Luke Holland unforgotten!

Please take your nose-mouth protection and bring flowers and candles. 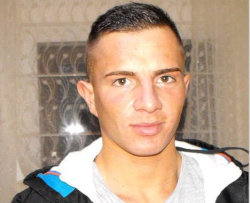 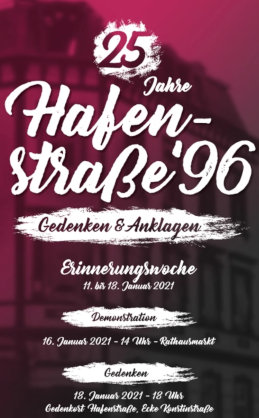 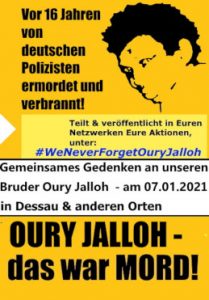 Initiative in Gedenken an Oury Jalloh